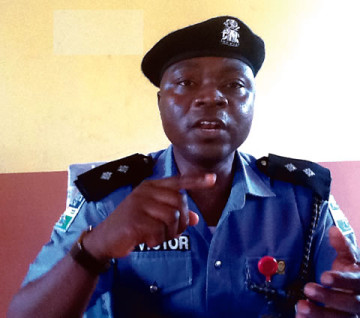 The Ekiti State Police Command has declared its readiness to ensure the security of lives and property during the campaign rally of the presidential candidate of the All Progressives Congress, Maj. Gen. Muhammadu Buhari (retd.) on Saturday.

The assurance came on the heels of allegations by the APC in Ekiti that the state governor, Ayodele Fayose, had hired members of the Oodua Peoples Congress, through the leader of the Peoples Democratic Party faction in the House of Assembly, Dele Olugbemi, to attack its members and its secretariats in the state.
http://www.nikefreerunshoesplus.com nike free 5.0 mens
The APC had on Monday raised the alarm that the OPC members were also hired to attack Buhari and his convoy when he visits the state this weekend for his presidential campaign rally.

However, in reaction to the allegations on Tuesday in Ado-Ekiti, the Police Public Relations Officer, Mr. Victor Babayemi, said, “The command is not aware of any evil plot against General Muhamadu Buhari”.

He, however, assured the APC that the state police command was up to the task.

Babayemi added, “However, policing campaign rally is not new to us. You are aware of how effectively we plowed similar events in recent times.

“We have in place comprehensive security arrangements to carter for GMB. Therefore, no evil, if any, piloted by anyone against security of lives and property in the state, shall prosper. Not at this crucial time or ever, God willing”.