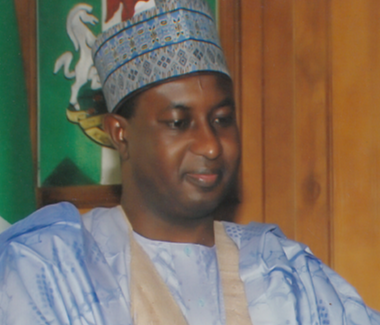 Governor Mukhtar Yero of Kaduna State on Sunday condemned the attack on Ambe-Madaki Village in Sanga Local Government Area of the state.

The governor also decried the murder of the District Head of Zangang in Atakar Chiefdom, Yohanna Shinkut, describing the acts as “devilish and unwarranted”.

Mr. Yero, in a statement by his spokesperson, Ahmed Maiyaki, said the recent wave of attacks in Southern Kaduna was instigated by some desperate people for their selfish gains.

He urged people in the affected communities to remain calm as government had taken measures to restore law and order.

“Security surveillance has been intensified in the affected communities to ensure adequate security for the people”, he said.

Mr. Yero said the state government would be responsible for the payment of medical bills of all injured victims while the Kaduna State Emergency Management Agency had also been directed to provide relief materials to those affected.

“Though we have recorded tremendous progress in ensuring unity and peaceful co-existence in the entire state, it is obvious that some enemies of our dear state are bent on sowing seeds of discord in order to score cheap political points.

“The entire people of Kaduna State should remain united in the face of this calculated attempt at dividing us, we must work together to put our common enemies to shame.

“Enough is enough, government is ready to take decisive measures to protect the lives and properties of its citizens”, he said.

According to him, the government will collaborate with security agencies to re-strategise in its quest to proactively guard rural communities in the state.

Mr. Yero paid tribute to the late Mr. Shinku, describing him as a symbol of peace, who would forever be remembered for his selfless service to his people and the state at large.

He also commiserated with families of those killed in the attacks and assured people in the state that security personnel had been deployed to bring those behind the crime to book.