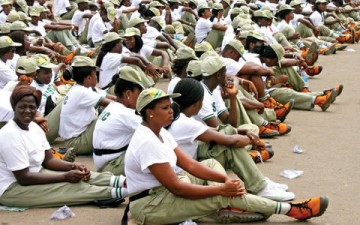 Presidential candidate of the All Progressives Congress (APC), General Muhammadu Buhari (rtd), has promised to continue paying Youth Corps members who do not get jobs after their discharge, for 12 months, under skills and entrepreneurial development programmes, if he wins the February presidential election.

This is contained in his 18-page manifesto titled “Securing Nigeria’s Future” which was published on his campaign website.

The former head of state also promised to provide One Meal a day for all Primary school pupils and create a Social Welfare Program of at least N5,000 aimed at providing succour for the 25 million poorest and most vulnerable citizens in the country.

He also stressed the need for the country to build infrastructure and revive the public and private sectors.

“As a nation and the Sub Saharan Africa’s leading energy producer, we had in the past squandered the opportunity to build functional infrastructure to better the lives of the average Nigerian. We can no longer afford this luxury of inactivity. We must revive our public and private sectors in order to provide functional services and secure the good of the individual Nigerian and his or her family,” the document read in part.

Buhari also pledged to, as a matter of urgency, address the challenge of insecurity in the country. He plans to do this by establishing a well-trained, adequately equipped and goals driven Serious Crime Squad to combat insurgencies, kidnapping, armed robbery, ethno religious and communal clashes.

“We will urgently secure the territorial integrity of the nation. We will never leave the defence of the nation in the hands of Hunters, Children, and Civilian JTF. We will urgently address capacity building mechanisms of law enforcement agents in terms of quantity and quality as this is critical in safeguarding the sanctity of lives and property; establish a well-trained, adequately equipped and goals driven Serious Crime Squad to combat insurgencies, kidnapping, armed robbery, ethno religious and communal clashes, nationwide,” he said in the document.

The APC presidential candidate said he has come to the rescue of Nigeria, promising to touch all critical sectors, ensuring the right policies are put in place. He pledged 20 percent of annual budgets to education and vowed to grow the economy at real GDP growth averaging at least 10-12 percent annually.