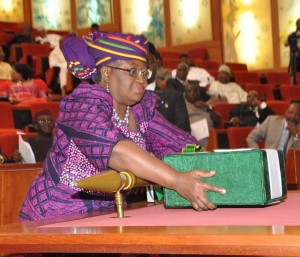 The House of Representatives has demanded an upward review of the Appropriation Bill for capital votes, citing the disparity in provision for capital and recurrent expenditure in the 2015 budget.

It would be recalled that, of the total budget proposal of N4.357 trillion, N411,840 billion is for statutory transfers, N943 billion for debt servicing and N2,616, trillion for recurrent expenditure, while the balance of N387,112 billion is for contribution to development fund for capital expenditure.

Chairman of the National Assembly Budget and Research Office (NABRO), who doubles as chairman of the House Committee on Legislative Budget, Bamidele Opeyemi, however told newsmen in an interview, weekend, that the capital provision in the proposed budget was a far cry from a budget that intended to propel growth.

“I want to say that the near no provision for capital projects in the budget is unacceptable. Any budget that wants to propel growth will take capital seriously,” he said/

“The House will work to see that it increase the capital side of the budget and possibly reduce the recurrent aspect.”

In his reaction to the falling naira, Opeyemi said the current exchange rate was not sustainable. Therefore, the vulnerability of the currency must be halted.

He also aired the concern of the Reps about the deficit aspect of the proposed budget. He said it must be resolved if the budget was to impact positively on Nigerians.

“The House of Representatives and indeed the National Assembly will not work with the $65 benchmark price proposed by the executive. It will have to be somewhere in the region of $50 per barrel,” he said.

He argued that managers of the Nigerian economy failed to follow the trend of activities in the international market, as other oil producing nations like Iran, Iraq and Venezuela pegged their oil benchmark at $60 per barrel and passed their budget laws in 2014.

Another challenge identified by the lawmaker is the country’s security challenges, which he noted would continue to affect the exchange rate and the expected 2.37 million barrels daily oil production. 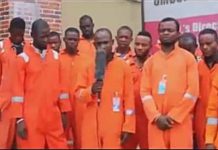