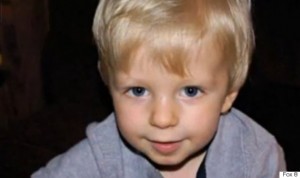 Luke Ruehlman is a healthy 5-year-old boy. Yet, he’s already had a lifetime of experiences according to him — he has even died! The Huffington Post reports:

At least, that’s what he claims. In a bizarre series of TV interviews, Ruehlman has managed to convince at least a few people that he lived a past life as Pam Robinson, an African-American Chicago woman who died in a fire at the Paxton Hotel in 1993.

Ruehlman started weirding out his stay-at-home mom, Erika, at the age of 2, when he started talking about a mystery woman named Pam. Later, she would ask him directly who the heck Pam was. “He turned to me and said, ‘Well, I was,'” she told Fox 8 . “[He said] ‘Well, I used to be, but I died and I went up to heaven. I saw God and then eventually, God pushed me back down and I was a baby and you named me Luke.'”

Ruehlman also reportedly said he traveled by train in Chicago. The Cincinnati family didn’t know anyone named Pam, and Luke had never been to the Windy City. His mom was baffled. She investigated further and found Pam Robinson, who was one of 19 people who died in a 1993 hotel fire.

Robinson’s family declined to comment on the story. The boy’s odd ability to remember places he’s never been is intriguing, to be sure. If this sounds amazing, it’s not that unusual on the show that revealed this story, Lifetime’s “Ghost Inside My Child” — and the last time we checked up on one of the show’s reports, it was a mess.