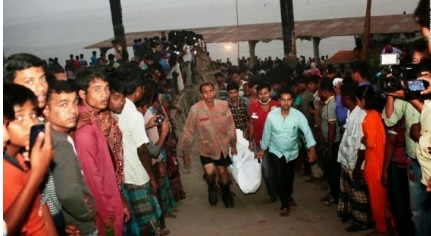 68 people including 19 children died after a passenger ferry capsized in the Padma River in the Manikganj district north of the capital, Dhaka, Bangladesh. The double-Decker ferry sank after it was hit by a cargo vessel yesterday, Sunday February 22nd.

Many of those rescued were passengers on the upper deck who jumped into the river. The deputy commissioner of Manikganj, Rashida Ferdouse said it is unclear how many passengers were on the ferry but said they may be within the range of 100. She said that the death toll from the disaster could rise in the coming days as many more people are still missing.