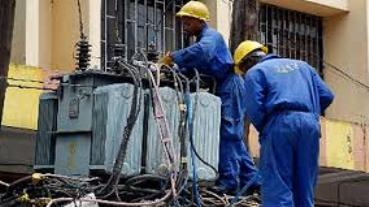 The Abuja Electricity Distribution Company has said that the poor power supply being experienced in Abuja and its environs is as a result of the shortfall in load allocated to it by the system operator.

The Managing Director of the company, Neil Croucher, disclosed this in Abuja on Saturday.

“The issue of load-shedding being currently experienced in the FCT and other parts of its franchise area is as a result of the shortfall in power allocated to the company in recent times”, he said.

He appealed for the understanding of customers over the development, saying the average daily allocation to the company from February 1 to February 13 was 290 megawatts as against 390 megawatts in January.

Mr. Croucher also said that since November 2013 when his company took over energy distribution, it had never fallen short of the 11.5 per cent of the load allocated to it by the system operator.

He said the company had taken load in excess of its allocation every month in order to meet customers’ demand, adding that this often attracted imbalance penalty.

“When there is extra load in the system, we have always taken it with the consequence of payment of imbalance penalty”, he said.

Mr. Croucher said that in spite of the shortfall in power allocation to the company, it was compelled to give special consideration to certain strategic institutions in Abuja that required uninterrupted power supply.

“As a result of the foregoing, when there is limited power available to AEDC, there is extensive load-shedding to other customers in the FCT as well as other states in the company’s franchise area”, he said.

He, however, assured that the company would continue to optimise its load-shedding to ensure that electricity consumers were are given fair consideration in the distribution of energy.

The managing director expressed optimism that government’s transformation plans would lead to actively increased levels of generation to meet the needs of customers.

“We as a Disco will also be aggressively exploring methods of embedded generation within our network coverage area to augment power supply from the national grid”, he said.

On estimated billing, he said that the company had always done its estimation in strict compliance with the methodology approved by the Nigerian Electricity Regulatory Commission.

He said investigations had shown that most customers on estimation had always consumed more than the units allocated to them by the company.