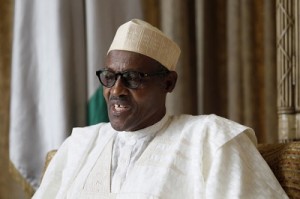 Former Federal Commissioner for Information and South South leader, Chief Edwin Clark claimed yesterday that the All Progressives Congress (APC) was formed with the sole aim of installing a northerner as the president of the country.

He said this while receiving the leadership and members of the Yoruba Youth Council, Worldwide at his Asokoro residence, Abuja led by its National President, Comrade Eric Oluwole.

Chief Clark who noted that APC would no longer function if its Presidential candidate was removed from the party, said, “APC was formed to install a northerner as the president of Nigeria. You saw what happened at the Presidential primaries of the APC where Buhari emerged with very wide margin. Without Buhari, there will be no APC. ”

However, he noted that “Nigeria belong to all of us, no tribe has the monopoly of ruling us. Nobody is a second class citizen. We all are first class citizen of this country.”

He commended the youth organization, saying that it was the first time in the nation’s political history that a large youth organization such as YYC would identify with the government of the day, especially with someone who hails from the minority.

Speaking earlier, President of Yoruba Youth Council, YYC, Eric Oluwole said the group was endorsing President Goodluck Jonathan’s re- election bid and was prepared to work for his victory.

“The YYC‎ has endorsed Jonathan to return as President. We want continuity. We will not allow a 72 year old man to determine our lives for us.

“There is no alternative among other contestants that is as genuine as Jonathan. His achievement in yoruba land is tremendous. Everyone can see d good work of Jonathan.

“The achievements of President Jonathan in Yoruba land has far out-shown that of any government in Nigeria since 1999 no matter the commitments of certain quarters to demystify these giant strides.”

“He may not be an example of perfection but he represents today the most available and well positioned messenger in protecting our long won democracy and all round economic advancement that Nigeria anticipate.

“The Achievements of President Goodluck Jonathan in Yoruba land has far out- shown that of any government in Nigeria since 1999 no matter the commitments of certain quarters to demystify these giant strides.

“Looking at developments in Yorubaland alone aside enormous achievements all over the country. Lagos- Ibadan expressway which had always been a reason for complains in ages, now witnessing monumental reconstruction and expansion.

“Benin-Ore-Shagamu expressway had never ‘witnessed this type of reconstruction since 1999. Apapa – Oshodi Expressway now has good testimonies, Akure- llesha road in Ondo state, everyone can see the goodworks going on there.

“In the power sector, we have seen the construction of new Power plants, viz-a-viz Omotosho and Olorunshogo phase 11, which are part of the 6 new generating Companies constructed by this administration, whatever is remaining with power is to perfect the transmission and distribution logistics with new private companies and there will no longer be power outages.

“The Yoruba Youth Council (YYC) Worldwide specially shows unreserved appreciation to the President Goodluck Jonathan for the ingenious approach to fighting unemployment which is NOT exclusive to Nigeria but world over.

“With the advancement of Technologies that make large corporations to no longer need large army of workers. President Goodluck Jonathan had bravely encouraged our youth through creative industries, he approved a special support scheme for the creative industry and directed Nex-Im Bank to provide backing for the Industry.

“Many creative industries have benefitted from this initiative. The Jonathan Administration, through the Project Advancing Creativity and Technology (PACT) in Nollywood, has provided a N3 billion grant programme for Nollywood. In 2013, the fund supported capacity building and Illm production in the industry.

“About 120,000 youth already employed so far in the SURE-P Program, about 4,000 Graduate Internship Scheme (GIS). Over 2,300 winners from SURE~P, these are all benefits to the Youth.

“Mr President has proven himself beyond doubts as a good and sincere leader, in one of the meetings we had sometimes ago with our Afenifere leaders \ as YYC principal body in Yoruba land, the contents of the resolutions of the National Confab were discussed to details and we were able to see much clearly that as soon as we start implementing these resolutions, especially as we commence the second term dispensation of President Goodluck Jonathan, by Gods grace.

“All the major challenges that confront this country will become history. We refer to Unemployment, Industrialization, power outages, more condusive environment for businesses to thrive, etc. We want to appreciate

“Mr President specially for the Egbin power plant that was inagaurated by him in Lagos at Ikorodu recently. Nothing less than over 8 millions of Yoruba youths will cast their votes for President Goodluck Jonathan,” YYC said. 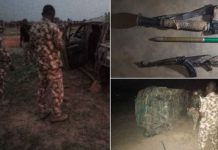