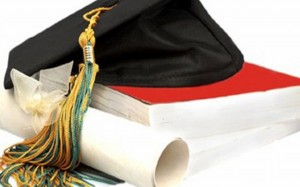 Academic Staff Union of Polytechnics (ASUP), weekend, threatened to embark on an indefinite strike as from Wednesday, if the Federal Government failed to attend to all pending issues it raised in a two-week strike notice it served the Federal Government on February 11. The notice was a call on the government to implement the agreement it reached with the union over four years ago.

The lecturers had in 2014 suspended a strike that almost lasted a year, following promises made by Education Minister, Ibrahim Shekarau. However, the union said none of the items on their list of demands had been settled.

President of ASUP, Comrade Chibuzor Asomugha, disclosed this while addressing journalists after its National Executive Council (NEC) meeting in Abuja.

He noted that some of the demands of ASUP which government had refused to attend to, include the continued discrimination against polytechnic graduates, both in the public service and the labour market in Nigeria and the non-release of white paper on visitation to federal polytechnics.

Others are the non-implementation of CONTISS 15 migration for the lower cadres and its arrears as from 2009 when salary structure was approved, the non-establishment of a National Polytechnic Commission, NPC, and the “wrongful recognition” of the National Board for Technical Education (NBTE) as the regulatory body for polytechnics.

The union is also asking for more funding for polytechnics, appointment of competent people into governing councils and adequate funding of state polytechnics by their various owners.

Asomugha also demanded the immediate dissolution of Governing Councils of Federal Polytechnic, Oko, in Anambra State and that of Ado Ekiti in Ekiti State for allegedly creating avoidable problems in their institutions.