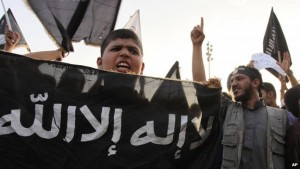 US President Barack Obama says the Unite States is “not at war with Islam” but that the country is “at war with the people who have perverted Islam”. BBC reports:

He was speaking to representatives from 60 nations attending a three-day event on extremism that follows attacks in Denmark and France.

Mr Obama said the world had to confront the ideologies that radicalise people.

He said those heading groups like Islamic State and al-Qaeda were not religious leaders but terrorists.

Mr Obama said associating Islamic State or al-Qaeda with Islam would be buying into the propaganda of those groups, challenging critics who have questioned him for not describing recent attacks as the work of “Islamic radicals”.

Mr Obama has asked Congress formally to authorise military force against Islamic State in Iraq and Syria. The US and its partners have carried out air strikes against the group since last year.