A female police officer, Mercy John, has been hailed after she reportedly disarmed two armed robbers who tried to rob her of her belongings. 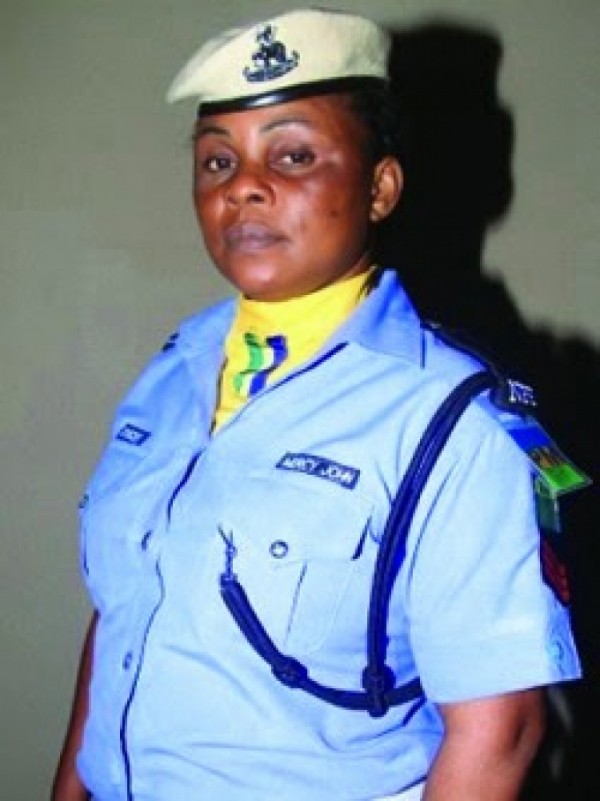 The officer attached to Provost Office State Police Command Headquarters, Ikeja, Lagos, , was accosted by the robbers at about 6p.m. on Tuesday, 10, February around Egbeda Shasha area of Lagos State, and ordered to lie down.

According to a statement by DSP Ken Nwosu, the Lagos State Police Public Relations Officer, the suspected armed robbers were on a motorcycle when the incident happened.
Nwosu said

“Mercy John and one other person were accosted by two armed robbers on motor bike and ordered to lie down. The NCO (Non Commissioned Officer) refused to comply and also turned down the order to hand over her handbag.
“However, her companion, out of fear, complied. One of the men who accosted them brought out a locally made pistol , the NCO immediately on sighting the firearm, smartly and professionally grabbed the neck of the gun-wielding hoodlum and hit his head on a nearby wall.
“The firearm fell down and she immediately grabbed it and the hoodlums sensing imminent danger, fled for their lives.”

Nwosu said, while the fleeing robbers are being trailed by the police, the female officer has since been approved for the commendation of the Commissioner of Police as well as the IGP’s commendation.

“The Commissioner of Police wishes to congratulate the NCO for this uncommon act of bravery and urges her to keep it up.
“He further enjoins all personnel of the Command to emulate the brave efforts of the NCO and put in their best in the service to the nation,”