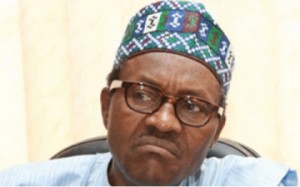 Ekiti State governor, Ayo Fayose, on Friday, alleged that the All Progressives Congress (APC) presidential candidate, Muhammadu Buhari was at a London hospital and not on a working visit to the United Kingdom, as insisted by his party. He warned the APC not to give Nigeria another Yar’Adua treatment.

“As against the claim of the APC that Buhari was on a short working visit to the UK, Buhari is being treated at a hospital located at Cavendish Street, Cavendish Square, W2 London West End, London,” he claimed.

Speaking through his Special Assistant on Public Communications and New Media, Lere Olayinka, the governor described the claim by the APC that Buhari would give a talk at the Royal Institute of International Affairs, Chatham House, London, as “deceit taken too far.”

APC has, however, dismissed Fayose’s allegation. Mallam Garba Shehu, spokesman of APC’s presidential campaign organisation, told Saturday Tribune that Buhari was in good condition. He explained that the former head of state was in London for a major engagement at the Chatham House.

“You know Fayose had published Buhari in a coffin before. It is surprising to Fayose that Buhari is alive today,” he said. “He is not in any hospital. He is in London for a major engagement at Chatham House scheduled for next week.”

Shehu boasted about Buhari’s opportunity, saying “It took Jonathan two years to get a slot there whereas a slot was given to General Buhari within 24 hours.

“We sympathise with Fayose. Left for him, Buhari would be dead by now but he is not God. Buhari is hale and hearty,” Shehu said.