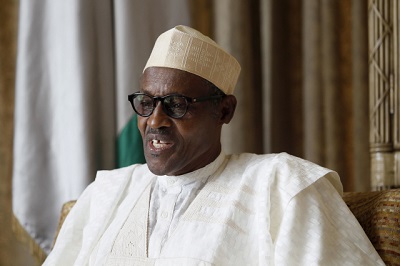 The presidential candidate of the All Progressives Congress, Gen. Muhammadu Buhari (retd.), has confirmed that he will honour his speaking engagement at the Royal Institute of International Affairs, Chatham House, London, on Thursday, February 26.

According to a press statement from the Directorate of Media and Publicity of the APC Presidential Campaign Organisation (APCPCO), Chatham House will post the event and send out invites on Monday, February 23.

The statement, signed by the APC campaign spokesperson Garba Shehu, disclosed that as part of his ongoing engagement in the United Kingdom, Mr. Buhari had an interview Friday with a local medium, the “All Eyes on Africa TV Show”, with Kemi Fajodutimi and met with former British Prime Minister, Mr. Tony Blair on Saturday, February 21.

Shehu also disclosed that Buhari left the London residence of the Awujale of Ijebuland, Oba Sikiru Kayode Adetona, at about 1.30 pm U.K. time and returned to his rented flat in the city.

Meanwhile, the APCPCO has appealed to President Goodluck Jonathan to call one of his party’s governors, Ayodele Fayose of Ekiti State, to order over his continued pestering of Mr. Buhari, with falsehood and death wishes.

The campaign organization said the APC had learnt on good authority that Governor Fayose has hired people in London, whose job it is to trail the movements of the former head of state while on his working visit in London.

Gov. Fayose, who is one of the most vocal opponents of the APC presidential candidate, went to the extent of sponsoring front-page death wish advertorials ‎insinuating that Buhari would die in office like some former heads of state of Northern extraction did.

“Let it be on record that knowing Governor Fayose’s antecedents, we are not leaving anything to chances. The Governor who has published death-wish advertorials on Buhari will stop at nothing. If anything should happen to General Muhammadu Buhari while in London or anywhere, the authorities over there in the UK and at home should know who to hold responsible”, he said.