Home Uncategorized ‘Corruption Has Had A Ripple Effect On Other Sectors Of The Economy’...
Facebook
Twitter
WhatsApp 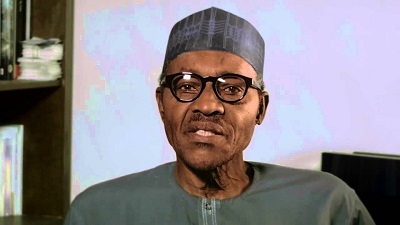 The presidential candidate of the All Progressives Congress (APC), General Muhammadu Buhari, has declared that corruption has had a ripple effect on other sectors of the economy.

Speaking during an interactive session organised for political parties by the Trade Union Congress (TUC) of Nigeria, Buhari said the struggle embarked upon by his party was about Nigeria and the need for a change.

Buhari, who was represented by a former governor of Ekiti State, Segun Oni, said it was obvious that the ruling party had no answer to the problems facing the country.

He, therefore, called on Nigerian workers to vote out PDP and vote for the APC.

“One major issue we have today is corruption. Once you have access to the government’s funds, you steal with impunity and nobody questions you. Corruption has had a ripple effect on other sectors of the economy,” Buhari said.

He pointed out that the PDP was fond of feeding Nigerians with doctored data; they debased the economy without considering its effect on the lives of the average Nigerians.

“There are many young people today, who have no job. To get a job now, you have to know somebody who knows somebody, which was not the case in the past. What do they want to do in the next four years when they couldn’t do anything in the last six years?

“We have lost our integrity in the comity of nations because of the economic challenges PDP has dragged us into.

“Our problems today are not about statistics, but about how Nigeria and Nigerians can be better in terms of welfare and economy.

“The lives of Nigerians can be better if only we can stop them from stealing our money by voting in the man who has served the country without being corrupt.”

“If we want free education, improved wage which will be paid as at when due,etc.”

He condemned the challenge of laying off of workers and charged labour and Nigerians to stop seeing politicians as their employers, but rather see themselves as employers of politicians.

“When you elect a politician you employ them. You workers can hire and fire, like you will do in a few days time,” he said.