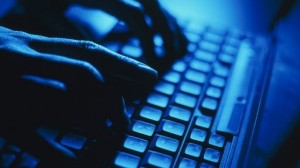 Not less than 100 banks as well as financial institutions worldwide have been attacked in an “unprecedented cyber robbery” where the robbers stole almost $1bn , claims a new report. Read more as repoted by the BBC:

Computer security firm Kaspersky Lab estimates $1bn (£648m) has been stolen in the attacks, which it says started in 2013 and are still ongoing. A cybercriminal gang with members from Russia, Ukraine and China is responsible, it said.

Kaspersky said it worked with Interpol and Europol on the investigation. It said the attacks had taken place in 30 countries including financial firms in Russia, US, Germany, China, Ukraine and Canada. “These attacks again underline the fact that criminals will exploit any vulnerability in any system,” said Sanjay Virmani, director of Interpol’s digital crime centre.

The gang, which Kaspersky dubbed Carbanak, used computer viruses to infect company networks with malware including video surveillance, enabling it to see and record everything that happened on staff’s screens.