Cobhams Asuquo, One of Nigeria’s foremost music producers has called on Nigerians to be careful of the choices they make as they vote in the upcoming elections. 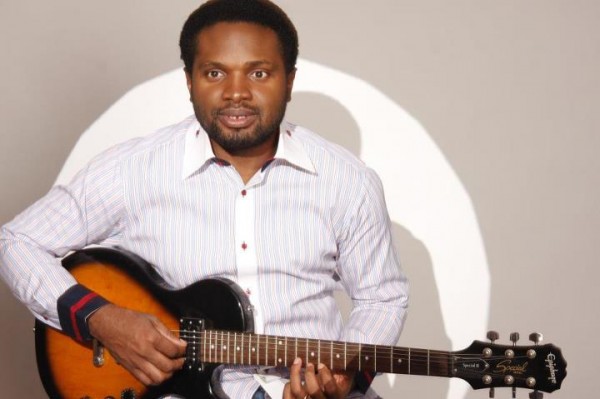 He took to Twitter to stress that the 2015 general election was not about APC and PDP, but about the well-being of all Nigerians.

He added that Nigerians should cast their votes wisely and not be induced by ephemeral gifts such as rice and recharge cards: 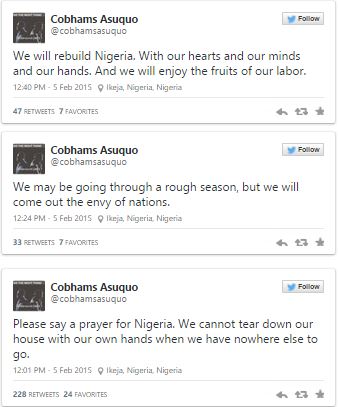 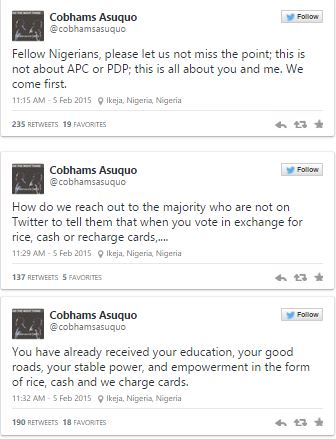 It will be recalled that Several days ago, the Independent National Electoral Commission (INEC) has made the decision to postpone Nigerian 2015 elections due to security issues. This news spread all over social media instantly, raising a massive response from Twitter users.