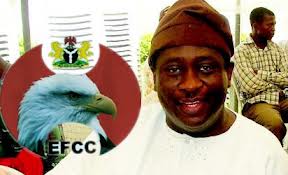 The Economic and Financial Crimes Commission, EFCC, has vowed to appeal a Lagos High Court ruling, which acquitted Chairman, Bi-Courtney Limited, Dr. Wale Babalakin (SAN), and four others of 27 counts of fraud, conspiracy, and retention of proceeds of criminal conduct brought against them by the EFCC.

The court, presided over by Justice Lateef Lawal-Akapo, yesterday, said the EFCC had failed to disclose enough information to sustain the allegations against Mr. Babalakin, and his co-defendants.

“The amended information filed May 7, 2013, is incurably bad and defective”, the judge held.

In response to the acquittal, the EFCC, in a statement issued by its Head of Media and Publicity, Mr. Wilson Uwujaren, on Monday, said that the commission would take the requisite steps, including an appeal of the verdict, after a careful study of the ruling.

You may recall that the anti-graft agency had accused Mr. Babalakin of helping former Governor James Ibori of Delta State, who is now serving a jail term in the UK, to launder N4.7 billion state funds.

The defendants (Babalakin, Alex Okoh, a banker; and their companies Bi-Courtney Limited, Renix Nigeria Limited, and Stabilini Visioni Limited), were first arraigned in January 2013, after which began a series of court room fireworks that eventually resulted in their acquittal yesterday.