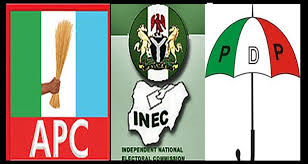 The National Publicity Secretary of the All Progressives Congress (APC), Lai Mohammed says the postponement of the election, which he claimed was effected by the presidency, has only postponed the evil day for the ruling People’s Democratic Party (PDP).

“Clearly, the intention of the Jonathan administration in postponing the election is to create chaos and create an atmosphere where elections would not hold at all, but we thank God that they are disappointed. I think the reaction of our party and our presidential candidate appealing for calm above all must have shocked them immensely,” Mohammed told Vanguard in an interview.

“Yes, the intentions were to derail us and ensure they arrest our momentum, but unfortunately, what they have done was to postpone their funeral; you can’t wake up a dead man. What we would do is to make the best of a bad situation within the six weeks to gain more ground and acceptance everywhere.”

He asserted that if anyone takes the poll rating the PDP and APC between last Saturday and now, “I can assure you that APC has gone higher in the rating and PDP has gone down.”

Mohammed, while speaking further, also accused the PDP-led administration of dividing Nigeria along religious and ethnic lines, which will sadly not be closed anytime soon.

The APC National publicity secretary said Jonathan has destroyed everything he has touched from the military to the judiciary to the economy.

“On electricity, he met 3,440 megawatts, what we have today after trillions of naira had been spent is 3,700 and you tell us he has dismantled NEPA. Have we gotten more electricity supply?

“And look at corruption, are we talking about N245 billion pension scam, N2.6 trillion oil subsidy scam or $20 billion scam and they now said they have reconciled the account and it is $1.43 billion. Where did it go?” he queried.