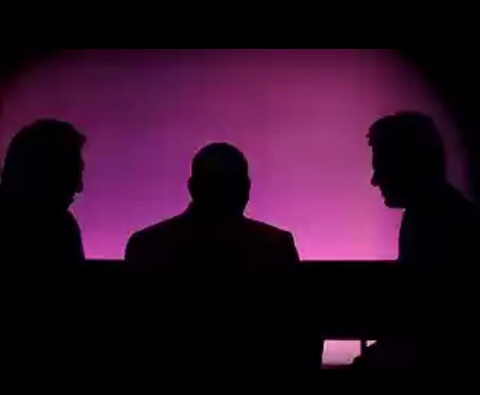 Presidency in dilemma over four Govs’s secret alliance with APC

With the storm over the shift of polls yet to settle, the Presidency has run into a fix over what to do with four of its governors said to be secretly working for the success of the opposition in the rescheduled elections.

Saturday Vanguard learnt yesterday that the Presidency became convinced that the four governors were not sincerely working for the success of the ruling party after reviewing their activities in relations to the presidential campaigns in their respective states.

It was gathered that an appraisal carried out by security agents and placed at the disposal of the ruling party clearly indicated that PDP would lose election in the affected states because of the activities of the governors.

A competent source told Saturday Vanguard in Abuja that both Jonathan and his party were upset that the governors were hiding under the party to work for the APC, thereby making it difficult for them to be promptly dealt with in line with the constitution of the party.

The source said that although the action of the four governors drawn from the North West and North East of the country had been discussed extensively by the Presidency and the PDP, the party and the president were in a fix on what to do with ‘traitors’ because of the impending elections.

The President is said to be particularly irked by the action of one of the PDP governors from the North East, who did not only give the sum of N25 million in support of the opposition candidate campaign but also directed his officials to give maximum logistics support to the Buhari Campaign team during their campaign in the state on February 3 this year.

The same governor, it was learnt, however showed what a presidency source described as a ‘lukewarm disposition’ to the Jonathan’s Campaign team by not mobilising enough support for the presidential rally in his state and arriving late to the venue of the campaign.

The governor is said to have unwittingly exposed disloyalty and disdain to the President and his party by coming to the venue of the rally six minutes before the arrival of the presidential team, thereby leaving several things undone and ending up embarrassing the first family and his party when they went to campaign in the state on January 31.

The governor is reported to have delayed the inauguration of the Presidential Campaign Team in the state until the eve of the presidential visit thereby making the team headed by a former Senator from the state, to hit the rocks in his effort to ensure a successful rally in the agricultural state. As a result of the sympathy of a North East governor for the APC, he is said to have displayed a lackadaisical attitude towards the visit of Jonathan to his state last month.

During the visit, the president was said to have been miffed by the near empty stadium that he noticed upon his arrival for the campaign in the state that is close to a desert.

The Presidency, Saturday Vanguard also learnt, was also hurt that none of the governors had shown remorse over their ‘betrayal’ by not speaking out against some of the wrongs openly committed by their agents against the presidential campaign teams in their respective states.

It was gathered that the Presidency was seriously disappointed that none of the affected governors had openly condemned the stoning of its presidential campaign train in their states while some of them turned round to blame some senior officers of the Presidency for the attacks.

The APC, which is fully aware of the tacit support of the four governors, almost went to make a formal announcement that they were set to defect but they were said to have persuaded the party not to do so, promising instead to quietly work and deliver their states to the opposition because of Buhari’s factor.

Asked what the Presidency would be doing to sanction the four governors, the source hinted that the Presidency was confused on what to do to them given the need to put its house in order and pursue the elections as a united party.

The source said that it would be counterproductive for the Presidency and the PDP to take any disciplinary action against the governors at this stage since the elections were already around the corner.

The development came as it emerged last night that the move to ‘discipline’ Prof Jega for alleged sympathy for the APC would be dropped if he jettisons the use of the card readers and permanent voter cards, PVCs for the elections.