Fans Curse Out KCee Over His Odd Dressing On Instagram [PHOTO] 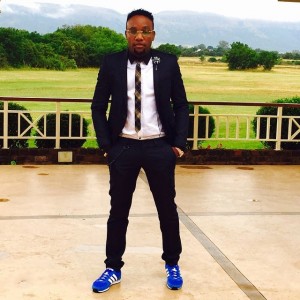 Na wa ooh, I always noticed it but didn’t want to be the first to bring it up.

The Limpopo master has prized himself as a fashionista, but not a lot of people seem to agree.

KCee recently shared a photo of himself rocking a nice outfit and called himself a fashion icon.

His fans however thought otherwise and launched an all out attack on the singer.

The comments range from saying he dresses like a village man to saying he’s dressed like a soccer player on the pitch.

Read his fans comments below: –