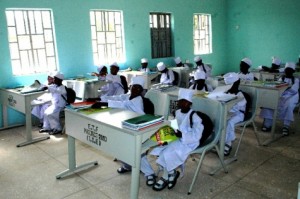 The Minister of National Planning, Dr Abubakar Sulaiman, yesterday, disclosed that the government had put plans in place to introduce school feeding programme for Almajiri Integrated Schools if re-elected.

Suleiman announced this during a strategic stakeholders roundtable on the milestone achievements on the Almajiri Integrated Schools programme organised by the National Planning Commission (NPC) weekend.

The roundtable was aimed at assessing the key milestone achievements of the programme and also deliberate on the next steps to advance the programme in line with the Transformation Agenda of President Goodluck Jonathan.

“In the next four years, going forward, the successor Transformation Agenda will introduce school feeding programme for the Almajiri Integerated Schools,” Suleiman said.

According to him, the project would support government action towards achieving relevant aspects of the Millennium Development Goals (MDGs). He also explained that the overall goal of the programme was to reduce hunger and malnutrition among children in the Almajiri schools. He said it was also designed to strengthen the achievements of Universal Basic Education in addressing the gaps in basic education in disadvantaged states and encapsulating the Almajiri Integrated System into the mainstream of the National Educational Policy in the country.

“Every pupil in the school is expected to be fed with a quality and adequate ration comprising of three square meals and snacks/fruits each school day and weekends. It is pertinent to note that incorporation of agricultural programme and vocational components should be given critical attention,” Suleiman said.