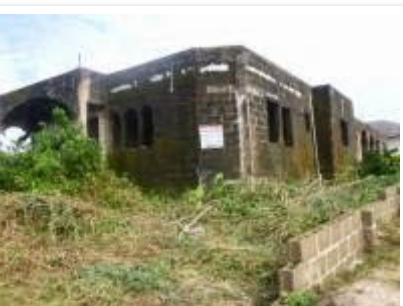 A 38 year old tailor identified as Oluwasegun Adegbenjo was murdered by unknown gun men around 11pm inside an uncompleted building in the Alagbado area of Lagos state on Jan. 28th.

According to Punch, Oluwasegun, an Ikotun-based popular tailor had closed from his shop late that night and had gone to the uncompleted building to meet with some people when he was shot and left in the pool of his own blood. 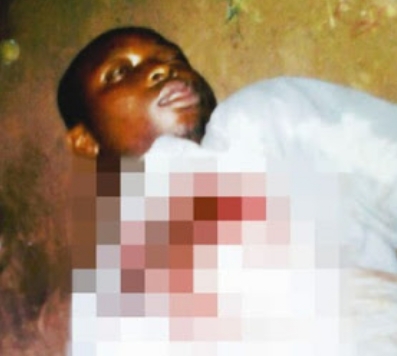 A source who spoke with Punch narrated the unfortunate incident
“Adegbenjo is a popular tailor who had a shop in the Ikotun area of Lagos. He was also into fashion designing. He lived with his family in Iju-Ota, Ogun State. On the fateful day, which was January 28, around 11pm, he had closed from shop and driven down to Oke-Abiaye in Alagbado. The place is a deserted area and people don’t live there. But you could find some uncompleted buildings around. He parked his jeep and came out before he was shot dead by some unknown persons. There was no stain of blood in his car and nothing was stolen.” the source said.
Police believe that Oluwasegun who is married with Children was killed by some business partners after an unsuccessful business deal. He was found dead at the uncompleted building after his wife had reported him missing at the Alagbado Police station.

His wife has since been hospitalized following the trauma she suffered after learning of his murder.
When contacted, the Lagos state Police Public Relations Officer, Kenneth Nwosu, confirmed the incident but however said no arrest has been made

“Yes, it happened. The man was killed and no suspect has been arrested yet” he said.