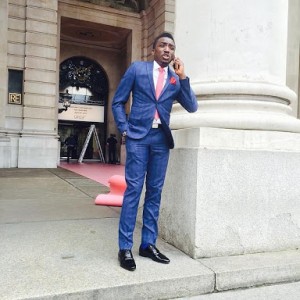 I don’t know what got into him or where he thought he was, but this is one stunt he won’t be pulling if he had any expensive jewelry or phones on him.

One of Nigeria’s funniest men, Bovi, was robbed at a PDP rally.

The stand up comic and actor narrated his ordeal in the hands of the crowd he jumped into when performing for the PDP supporters.

According to him, He once fought a whole market, so the whole crowd is nothing to him, before he jumped into the crowd.

He got robbed, but only of his handkerchief he bragged.