The busty actress is not ready to let go, in fact as far as she is concerned, the man is her husband and the man’s first wife is now his ex. That is how the cookies crumble. 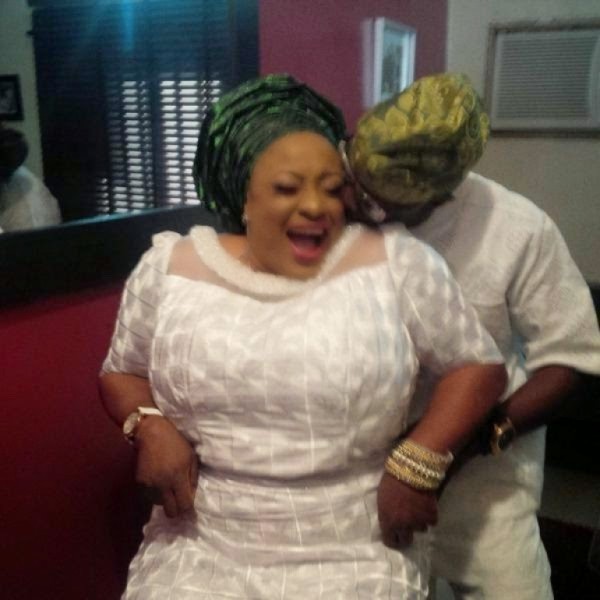 Foluke Daramola in a new interview with PUNCH said there’s no more cause for alarm because things are now fine between her husband and his first wife, like wise she and her ex-husband.

She added that her marriage to a Redeemed Church female pastor’s husband is one that will last forever because, according to her, it is rooted in Christ. Below is what she said about their marriage:

“I am excited and happy that I am a year older and my marriage is waxing stronger. God has been faithful. I’m grateful to God for good health and a happy marriage. Definitely, my husband and I would be together forever. It is not because of what people say but because of the conviction that I have and what my husband and I feel for each other.

“We know that we are meant to be in this marriage. Even in the midst of the storm, controversy andscandal, we still knew what was binding us together was true love which is well rooted in Christ. It is not based on the facade of celebrity marriages. It is beyond all that and we both knew that we would be married forever no matter what.”

“Whenever I read any bad news about us, I felt bad. But Kayode wouldn’t feel bad because he was convinced about what we feel for each other. I felt bad because it was not me that was portrayed in those stories.

“The fact that I have feelings for someone and the person feels the same way about me and we both have a past that we are moving beyond does not make us bad people. The way they made it seem to the outside world was like I was a bitch that just wanted to be wicked. I was trying to be happy. My husband and I felt bad but he had to be bold and brave for both of us. He had to be a man and he handled it very well. He helped me overcome it and I thank God that it is over,” she said.