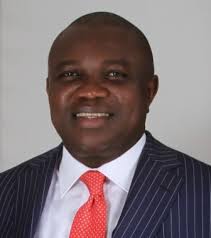 Governorship candidate of the All Progressives Congress in Lagos State, Akinwunmi Ambode, has denied allegations that he was unceremoniously dismissed from the Lagos State Civil Service.

A statement issued at the weekend, said Ambode, during a reception hosted by the Eko Club, Surulere, was asked why he left the service at 49.

In his response, Ambode stated that he served the state meritoriously for 27 years and was specially commended by Governor Babatunde Fashola.

He noted that he was issued a Certificate of Service by the Lagos State Civil Service in recognition of the service he rendered to the state, adding that rumours by the opposition that he was forced out of office were “totally baseless and untrue”.

The APC governorship candidate was further quoted as saying that leave bonuses for Lagos State workers had not been removed from their remuneration, but that they had been included with their monthly salary, spread across 12 months.

Ambode, according to the statement, was received by a large gathering of members of the club, which included the Chairman of the club, Mr. Farouk Grillo; Mr. Murphy Adetoro, Prince Tajudeen Olusi, Mr. Razak Muse, Mr. Lanre Razak, Prince Ademola Dada and Mr. Muritala Ashorobi.

Ambode then took the members through his programme for Lagos State and urged them to support him in the forthcoming governorship elections.

The President of the club, Mr. Babatunde Grillo, stated that the APC governorship flag bearer earned their endorsement based on “his tested and trusted servitude, leadership acumen and an unmatched experience in matters of good governance”.

Chairman of the interactive session, Adetoro, reiterated the club’s stance by introducing Ambode as the best candidate for the Lagos top job, while giving reference to his rare competence and landmark achievements in the Lagos mainstream civil service.

He said, “Ambode is an accomplished administrator who has served in different capacities and consistently worked to ensure that our state thrives as the true state of excellence. All these, combined with his experience and integrity, gives one the confidence that he is the right man to take Lagos to higher heights”.