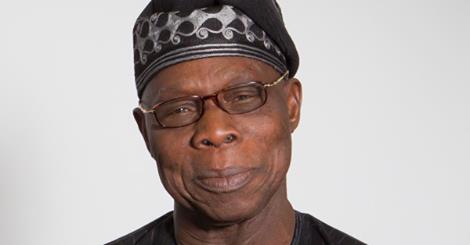 Former President Olusegun Obasanjo, has said he will no longer make comments on the forthcoming general elections until after the polls.

He made this known Wednesday during the inauguration of a flyover bridge in Kano city constructed and named after him by the Kano State Government.

When pressed by reporters to bare his mind on current national issues including the elections, Boko Haram and other issues, Mr. Obasanjo simply said, “I will not talk on elections till after February 14”.

The former Nigerian leader, however, commended the State Governor, Engr. Rabiu Kwankwaso, for his achievements, saying the governor has the potential to rise to the highest office in the country.

Kwankwaso had contested the presidential ticket of the All Progressives Congress but came a distant second to the winner of the primaries, Gen. Muhammadu Buhari (retd.).

According to Obasanjo, Kwankwaso has acquired knowledge and experience over time as a career civil servant, minister and governor.

“Rabiu Kwankwaso ministerial job and many other serious jobs he undertook have propelled him to a brighter future”, said Mr. Obasanjo.

“The experience you acquired as minister of defence and other jobs you did project you in a good light for future endeavours and I believe God is not yet done with you.

“I pray and hope that after you step down from here, whatever you do you should be ready for the job and do it to the best of your ability because the future is still beckoning”.