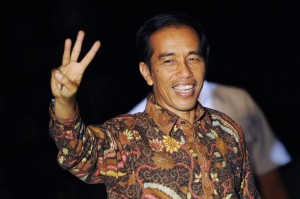 Indonesia is planning to stop women going abroad as domestic workers in order to preserve the country’s “dignity” after the high-profile case of an Indonesian maid abused and treated like a slave in Hong Kong, local media reported on Monday. Reuters have more:

President Joko Widodo told the Hanura Party national congress that he had ordered the manpower ministry to come up with a “clear roadmap” on when Indonesia could stop providing domestic helpers to other countries. No time frame was given.

Widodo acted after a Hong Kong woman was found guilty last week of abusing her Indonesian worker, in a landmark case that triggered outrage over mistreatment of maids and shed light on the abuse that many women face in overseas jobs.

“The practice of Indonesian women going overseas to work as housemaids must stop immediately,” Widodo was quoted in the Straits Times newspaper as telling the congress at the weekend. “We should have pride and dignity.”

Former beautician Law Wan-tung, 44, a mother of two, was found guilty of 18 of 20 charges including grievous bodily harm and violence against Erwiana Sulistyaningsih and two other maids, also from Indonesia.