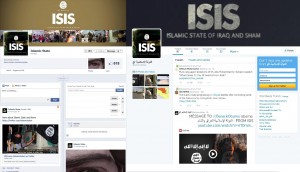 The Federal government, yesterday, raised alarm over alleged plan by Islamic State of Iraq and al-Sham (ISIS) to radicalise Nigerian youths schooling abroad using social media, among other sources. The FG therefore called on parents and guardians to monitor their wards closely.

This was disclosed by the Coordinator of the National Information Centre (NIC), Mike Omeri, while briefing newsmen on security situation in the country. He said the call became imperative based on intelligence report at the government’s disposal.

“The Centre wishes to alert the nation of intelligence reports indicating the radicalisation of our youths through the social media and a variety of other sources.

“The reports show that these youths who are mostly children of the rich and affluent are being recruited into ISIS.

“We, therefore, call on parents and guardians, especially those whose wards are schooling abroad, to closely monitor the activities of these students who may be susceptible to the antics of the promoters of the ISIS ideology,” Omeri said.

Speaking on insurgency in the North East, Omeri noted that there was a stiff resistance against the activities of Boko Haram at several locations, with the recapture of several towns and settlements the sect had earlier taken.

The National Information Centre urged Nigerians to appreciate the efforts and sacrifice of the troops who are prosecuting the anti-terror war.