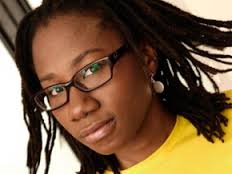 One of the most respected Nigerian singers, Bukola Elemide, well known as Asa, has revealed that her Muslim background influenced her music.

She made this disclosure in a recent interview with My Africa Podcast.

According to her, she was a Muslim for about two to three years when she lived with her grandparents who practised the religion. Asa explained that she converted to Christianity when she was in the high school.

“I come from a Muslim background, and I actually had a stint with Islam. I was a Muslim for about two years or three years. I was a Muslim after high school because I lived with my grandparents. My grandparents were Muslims from Lagos Island, and yes it did influence the way I see things and the way I write,” the world respected artiste said.

Asa further said, “It (Islam) influenced the song ‘Awé’. You see just near where I used to live, there was a mosque, and we had a munedžim who calls out prayers. He would early morning by 5 O’clock, ‘Allaaaah’. That was amazing, It just inspired ‘Away’, so yeah, Islam, Christianity is always going to be part of my history.”