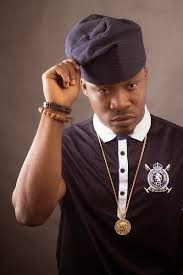 Music act Jaywon, while speaking recently to hip hop world magazine, said the Nigerian entertainment industry is full of fake people.  He asked the question of how people can come to terms with an artist posting a photo of a 2015 car online and when he is seen in reality, he drives a 2009. He said some other few things too, lol. READ below..

The truth of the matter is the industry is fake; everyone trying to say the next guy is fake. But we do stuffs in the industry that is extravagantly unnecessary. I have had instances when someone calls me up for a collabo, and I’m not available or booked for something else, then i apologise and turn it down, the next thing you would hear is, “Jaywon is fake, he cannot even support his fellow colleagues”. You see someone buy a car, post a picture of the 2015 model, when you see him on the street, he’s driving the 2009 model, why?? I have seen a lot of artistes bad mouth other people because they are trying to promote themselves but the truth is its no news anymore and it is wrong. As a person I try to do what is right by my colleagues as well as my family. I would rather provide for my family than go and pop champagne at clubs and am not saying popping bottles is wrong o, it is just how I set my priorities as an individual. See, if you have listened to M.I featuring 2face and Sultan, ”Human Being” that song sums up the industry we are in.