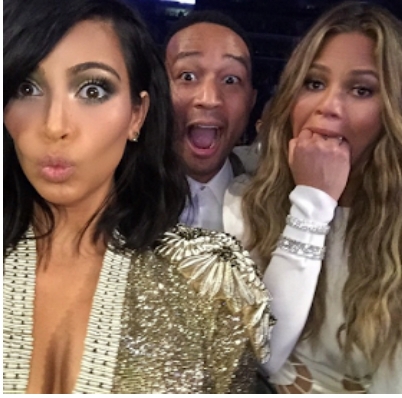 John Legend may like and respect Mrs West, but he doesn’t want to be used in any of her games.. and he indirectly called her out on Twitter. So here’s what happened. You all remember on Grammy night, Kanye West was pissed that Beck won Album of the year award rather than his choice, Beyonce. Well, Kim later posted a selfie with John Legend and his wife (above) from the audience claiming they were all in shock when Beck won the award. Kim wrote “This is the Beck won that award face!”

Well, turns out that was not the case and John Legend was not going to have any of that. He clarified his position on twitter. 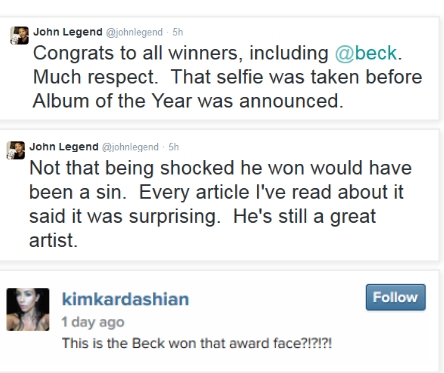