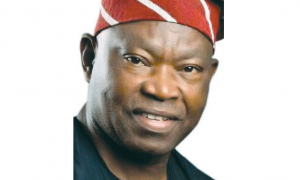 He gave the remarks while receiving the “Senator of the Year Award’’ from Oyo State Council of Nigeria Union of Journalists (NUJ), in Ibadan.

According to him, President Jonathan’s achievements include cashless economy, aviation, road construction and transportation. These and others have been fairly reported by his media team, Adeseun added.

“Jonathan has achieved more in the last four years than his predecessors,” the Senator claimed.

“A person does not have to be a saint to serve his people meritorious,” he added.

He urged Nigerians to pray for peaceful general elections and to go out and vote for the candidates of their choice during the polls.