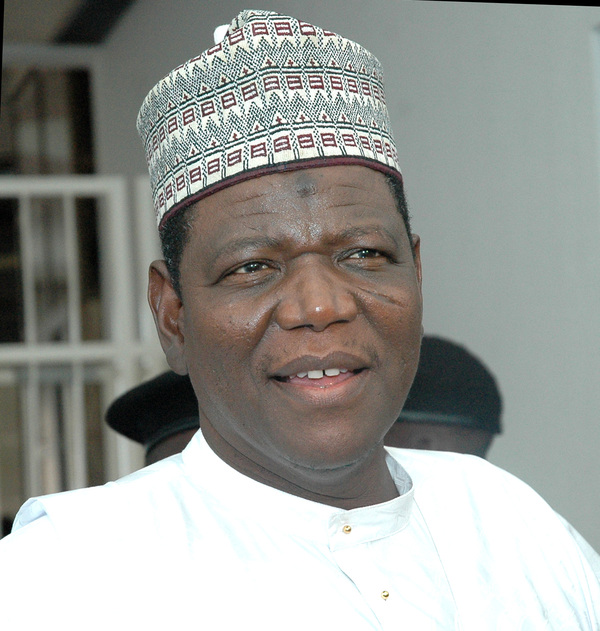 Governor Sule Lamido of Jigawa State on Tuesday gave an indication that the Peoples Democratic Party stakeholders will plead with former President Olusegun Obasanjo who dumped the party on Monday, to rescind the decision.

According to the governor, Obasanjo remained the father of all even as he noted that President Jonathan and all the state governors are creations of the former president.

He explained that it is only appropriate that when a father is angry with his children, the children should appease him.

Lamido said, “Baba (Obasanjo) is more than a party man. He is an icon, a national symbol and a leader and an inventor, a creator of all the institutions today in Nigeria, from the President to the governors who are his own sons.

“And so, when a father is angry with his own children, we will only say we are sorry to him. But then, we cannot be renounced for whatever it is.

“If you do any political DNA of our blood, you will find his (Obasanjo’s) blood in us. No matter what we are, we may not be able to live up to his expectations.

“We might have made some mistakes, but abandoning us is not the solution because the country is first before anything else. So, he is our baba even up to the President.

“Obasanjo is our baba no matter what. He is angry with us, but then, what do we do? He gave us the life at a time when Nigerians were fighting us, he stood for us. Since 2011, in 2007, he stood firm for us.

“He is our father. And so, if we made some mistakes, we are only human because we are heading human institutions. And I think by the time he reflects, how could he abandon his own children like that. Wherever we are, we are right in his heart. He feels for us, he cares for us”.

When asked to be specific on whether they will go and beg Obasanjo to return to the party, Lamido said such information was not for public consumption.

“When there is some kind of misunderstanding between a father and a child, you don’t go to NTA or any other media to say you are going to do this.

“I mean the bond between us is so strong. I know he is equally pained. I know what he is going through because he is our father, but I will not tell you the strategy because when he was producing us, you were not there, when he was making us, were you there?” the governor said.

When told that some party chiefs had already said they would not miss the former President, Lamido said Jonathan, who he described as Obasanjo’s first child, had not said so.

“But then, the first child is the President, did he say so?” he asked.

When again asked if Obasanjo’s constant criticism of the President does not worry him, Lamido said when parents get old, they tend to manifest signs of old age.

“What I am saying is that all of us are parents. When we were born, they pampered us; gave us their love; gave us everything. By the time they get old, naturally, there is what they call role reversal. We became the parents and they became the children. So, what is wrong if our parents begin to manifest those signs of old age?”

Commenting on the activities of the opposition All Progressives Congress in the country, the Jigawa governor said, “What is this opposition in Nigeria? You must know Nigerian history. Nigeria cannot be governed by an aggregate of pain, anger and frustration. And I have been saying to those so-called opposition who are now abusing us, whatever might have been our crime, it was that crime that made them. We created that for them to become either governors, in the legislature, we created room for them to emerge. So whatever they think is our evil, they are the manifestations of the evil. Believe me, you don’t know Nigeria”.

On the chances of the PDP retaining power at the rescheduled March/April general elections, he said “I don’t doubt it because what is APC? An amalgamation of pain, anger and desperation. And this country is too big for them.”