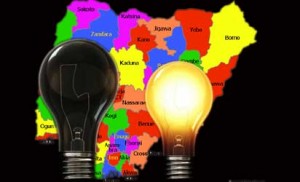 President Goodluck Jonathan, Friday, assured Nigerians that power supply would be stabilised in the next two years.

He made the pledge at the inauguration of the 750MW Olorunsogo II Power Station in Olorunsogo, Ogun State.

Once power becomes stable, Jonathan noted that it would stimulate small and medium scale enterprises. “We want to stabilise power sector to stimulate SMEs because our industries cannot survive on generators.”

“$8.26 billion has been invested so far in NIPPs from ECA. These plants will be privatised through transparent exercise and the proceeds will be re-invested to boost transmission networks and upgrade other identified projects,” he stated.

Jonathan further said that he would inaugurate the Egbin power station on Saturday (today). He expressed happiness that he had continued to deliver on his campaign promises, including that of reforming the power sector.

Meanwhile, Jonathan has commissioned the Egbin power plant in Ikorodu, Lagos State. The plant, which is regarded as the largest of such in West Africa will add about 1320 MW of power supply to the national grid.