The campaign organization for President Goodluck Jonathan’s re-election has reportedly paid out the sum of $20,000 to hire protesters in London ahead of the presidential candidate of the All Progressives Congress, Muhammadu Buhari’s speaking engagement at Chatham House, Thursday.

According to an internal memo, a copy of which was seen by our correspondent on PREMIUM TIMES, the said sum would be spent on mobilising the crowd, providing refreshment and defraying other logistics.

The memo, which originated from the campaign’s Assistant Director, Civil Society and Support Groups (Diaspora), Peter Mozie and addressed to Prof. Nick Eze, Director, Civil Society and Support Groups of the Goodluck Jonathan Campaign Organization, with a carbon copy also sent to the President’s Special Adviser on Political Affairs, Prof. Rufai Ahmed Alkali, stressed why the anti-Buhari protest should hold and the amount needed to successfully pull it off.

Meanwhile, it was learnt that the funds have since been released and wired to London while extensive mobilization of protesters is now in place.

Mr. Mozie’s memo, entitled: “The Chatham House Rally: March Against Dictator”, reads: “Nigerians in the Diaspora will converge at Chatham House, United Kingdom on Thursday, 26th of February, 2015 to show solidarity and support for President Goodluck Ebele Jonathan and his transformation agenda in Nigeria as a surprise to the august visitor, the Presidential candidate of the All Progressives Congress.

“The solidarity rally will among other things address major progresses of President Goodluck Jonathan and many sins of General Muhammadu Buhari while he was military dictator.

Diaspora will stay at Chatham and continue to chant Anti-Buhari songs until the event is over.

However, to defray the cost of the logistics, refreshment, mobilization and necessary permits to stage the rally we shall need the sum of $20,000.00 to cover all the expenses.

SA to the President on Political Affairs” 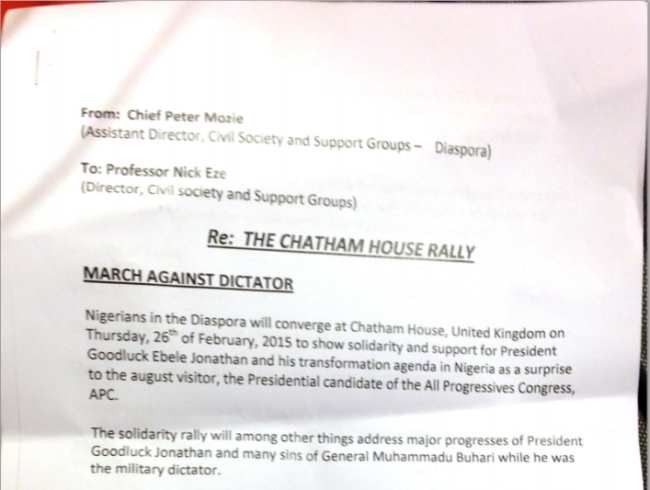 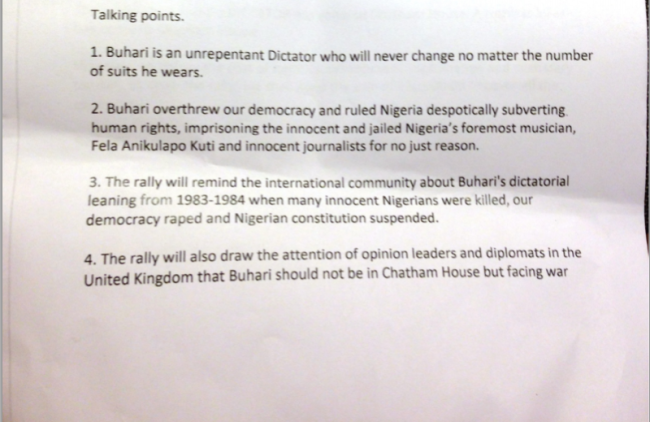 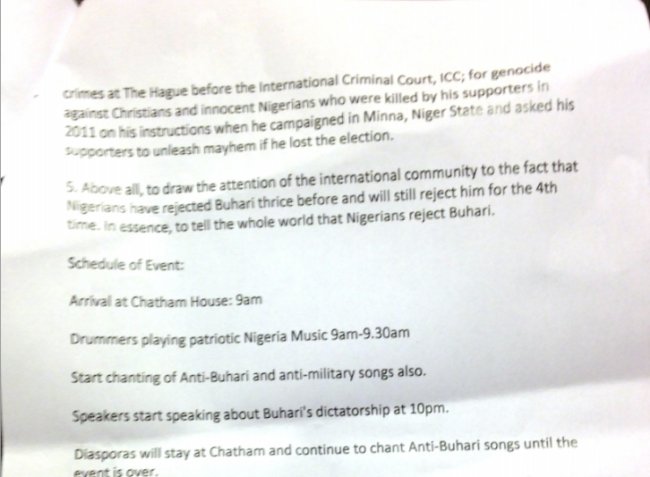 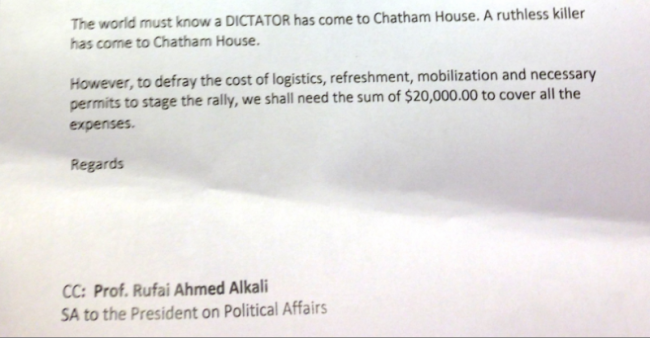