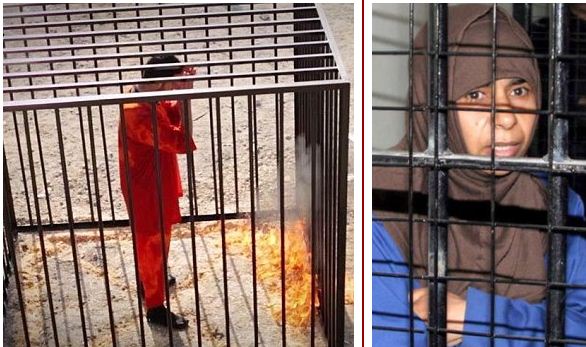 Jordan announced early this morning that they have executed two Al-Qaeda terrorists in retaliation for the killing of their pilot, Moath al-Kasasbeh. The prisoners killed are; would-be al Qaeda suicide bomber Sajida al-Rishawi and Ziad al-Karbouli.

Al-Rishawi has been on death row for her role in a triple hotel bombing in the Jordanian capital of Amman in 2005 that killed 57 people. She’s the same person ISIS had asked to have in exchange for the release of Moath.

The killing of the two terrorists came just hours after ISIS released a video showing the gruesome killing of Moath, who was burned alive in a cage. Jordan has promised more harsh punishments.