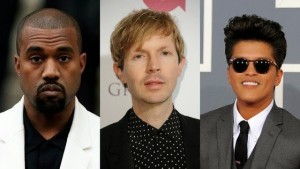 I read his apologies and they really don’t sound honest at all, LOL!!!

You would remember that at the 2015 Grammy’s, Kanye West blasted Beck for winning the Album of the Year award.

Kanye dissed Bruno Mars in 2013 for being “overrated” for winning all the awards at the MTV Video Music Awards.