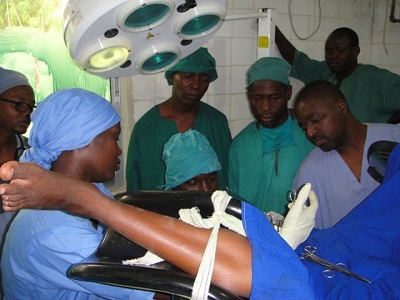 The Kebbi Vesico Vaginal Fistula, VVF, Centre in Birnin Kebbi, on Wednesday said it ha​s treated 215 patients in the past 13 months.

The Medical Director of the centre, Abubakar Dakingari, said in Birnin Kebbi that 190 of the patients were operated upon while 25 were treated with catheter.

He said the patients were victims of prolonged obstructive labour and genital mutilation.

The centre offers free treatment for patients from within the country and those from neighbouring Benin and Niger​.

Mr. Dakingari said that victims of the VVF were from remote communities that lacked roads and well-equipped healthcare.

He blamed the occurrence of the ailment on ignorance and poverty, saying that it affected mostly teenage girls giving birth for the first time.

“The ailment is also common among older women living in the villages”, the surgeon said.

Mr. Dakingari described the shortage of manpower as the major challenge facing the centre.

“I am the only surgeon and administrator of the centre; I am being assisted by two theater nurses out of which one w​ill retire this year”.

He said his other official engagements outside the state had affected the smooth treatment of patients patronising the centre.

“The state government, United Nations Population Fund, USAID and other non-governmental organisations had been providing support and facilities”.