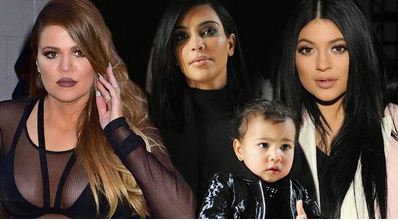 The Kardashian sisters and North were involved in a car accident in Montana today. TMZ reports

“Khloe Kardashian skidded on an ice-covered Montana road and dangerously crossed into oncoming traffic, eventually landing in a ditch with Kim, North and Kylie on board.

We’re told the girls were driving in Bozeman, MT Saturday morning when a semi-truck drove by their car and kicked up a ton of snow, hitting their windshield and apparently blinding Khloe. Khloe couldn’t see and began swerving, right into a patch of black ice. The car then spun out of control, crossing oncoming traffic and ending up in a ditch. 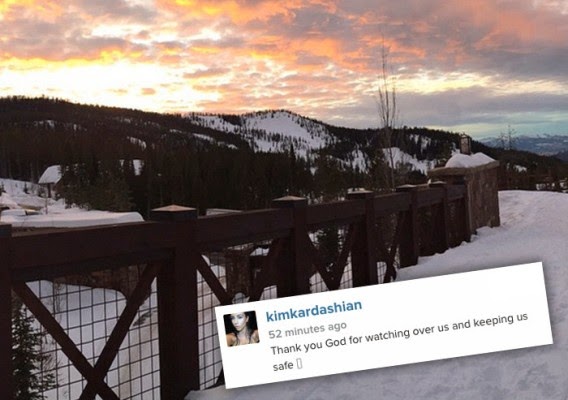 Kim posted this pic (above) on Instagram afterward … seemingly making reference to the accident.

Update
Cops tell us there was no damage to the Kardashian’s vehicle — a black Yukon GMC — and a motor carrier service called the slide-off into police.
We’re told the incident was part of a number of similar accidents that happened today due to the icy roads … and the family was calm when cops arrived. No citations were issued.