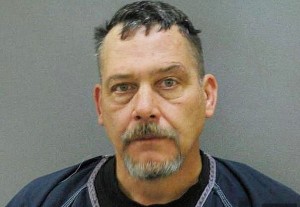 A man in Minnesota was arrested for animal cruelty and assault. 51-year-old Michael Trudeau allegedly burned his girlfriend’s cat and cut its head with scissors. He also attacked his girlfriend by stuffing an umbrella into her mother before biting off a part her ear. DailyMail reports:

Trudeau is accused of trying to shove the umbrella down the throat of the 42-year-old victim while threatening to kill her. Trudeau was arrested after the woman managed to escape and she called police. When officers arrived, they found the woman in the lobby of her building. She was shaken and bloodied.

The alleged victim told authorities that Trudeau came to her apartment after drinking vodka. They began discussing their relationship. She claims that the argument escalated to the point where Trudeau put her in a headlock. He allegedly strangled the woman until she fainted before trying to push the umbrella in her mouth.

The woman said that she bit her boyfriend’s finger in self-defense, but he responded by biting off part of her ear. Police found Trudeau to be “agitated and angry,” and he was looking for a weapon. Police used a Taser on Trudeau, after he refused to obey orders and he asked to be shot.