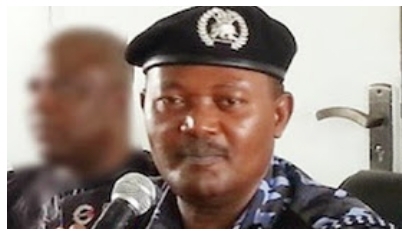 The Assistant Inspector-General of Police in charge of Zone 2, Lagos, Joseph Mbu in an interview with newsmen in Ogun state last Friday said he stands by his earlier statement that the police will kill 20 for each police life lost during the election, insisting his men will kill in self defense.

According to Punch, AIG Mbu reiterated his position to newsmen at the commissioning of the Olorunsogo 11 power station in Ogun state by President Jonathan last Friday
“I still stand by what I said. And what I said is very clear: that if any violent group attacks my policemen, my policemen should attack them violently. If any violent group attacks a law-abiding citizen in a bid to cause injury or cause harm, the police should repel and save that law-abiding citizen because we have the powers to do so. If hoodlums or touts decide to be lawless; carrying knives, carrying illegal firearms and shooting at my policemen, if they shoot at my policemen and they are a hundred or 200, my policemen will not be looking at them. They will reply back in self-defence. The number I kill is immaterial because a policeman is also a human being” he said.