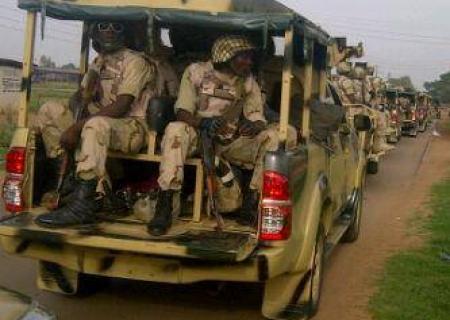 The Nigerian military has successfully repelled Boko Haram fighters, who invaded Gombe State early hours of Saturday and have since expelled them completely to Yobe State.

The Director of Defence Information, Maj-Gen. Chris Olukolade, made this known yesterday in response to inquiries by THISDAY.

He also confirmed that normalcy has been restored and the terrorists routed from the state.

Olukolade confirmed the DHQ tweet saying:  “The terrorists’ attack on Gombe has been repelled. Troops are in pursuit”.

He said that the military are in hot pursuit of the terrorists, who have fled in different directions towards Buni Yadi in Yobe state.

According to him, the terrorists’ move was an act of desperation to show that they can disrupt the forthcoming elections following series of defeats in their major enclaves in Borno, Adamawa and Yobe states.

Olukolade said: “Calm has returned and troops are pursuing them and have pursued them up to Buni Yadi in Yobe State. That was where some of them ran to. They have actually ran to different directions and are being pursued.

“At the moment they went to Gombe just to prove a point that they are still alive and can disrupt the elections. You can see that they were distributing leaflets”.

The Defence spokesman added that combined air and ground operations are being sustained in pursuit of the terrorists to ensure they don’t gain a foothold in Gombe state, and prevent them from exercising their reign of terror in the March 28 and April 11 polls.