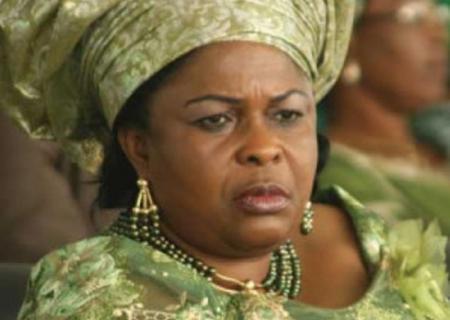 Wife of the President, Mrs. Patience Jonathan, on Sunday condoled with the government and people of Bayelsa State over the death of some prominent women from the state in a ghastly motor accident in Rivers State.

Although the two-paragraph statement by her spokesperson, Ayo Adewuyi, did not give the circumstances surrounding the death of the women, which includes wife of the Secretary to the Bayelsa State Government, Elizabeth Oguru, an online news medium claimed that they met their end after a visit to the First Lady.

The statement read, “The First Lady, Dame Dr. Patience Faka Jonathan wishes to commiserate with the Government and people of Bayelsa State, over the death of some prominent Bayelsa women in a motor accident around Elele in Rivers State, on their way to Bayelsa.

“The First Lady prays the Almighty God to grant the souls of the deceased eternal rest and the families the fortitude to bear the irreparable loss”.

According to the online report, the accident occurred in Ahoada on the East-West Road in Rivers State, when the tyre of an oncoming Toyota Sienna exploded and the car rammed into the coaster bus carrying the women. The bus, which bore the inscription: “Women For Change Initiative”, an NGO floated by Mrs. Jonathan, burst into flames immediately.

They were said to be returning from Port Harcourt in Rivers State where they had gone on a visit to Mrs. Jonathan.