Babatunde Fashola, Lagos State Governor, has given his thoughts about life and death. According to the governor, death, including his is inevitable. 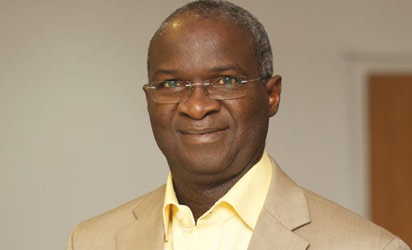 Speaking after his inspection of the proposed cemetery for both Muslims and Christians located along Lekki Epe Expressway, Lagos State, the Governor says he has bought a vault where he will be buried four years ago even as he said his administration is about to build a new cemetery in the state.

Fashola said every human being must plan for his exit, since death is inevitable, saying that most people do not always prepare for their burial place.

According to PM News, he lamented that most people could not access some of the old cemeteries where their loved ones were buried several years ago, adding that, people must plan for their demise the way they plan for success while alive.

“It is true of life that everyone who come must go. So as we are building hospital to receive new born babies, schools to teach them survival skills in life and start businesses, we must also plan for the end and this may sound odd as some people don’t want to discuss it.

“I have bought my own vault. It surprises people I paid for it about four years ago. I always tell people if you come here to life, you must plan to go. Those who don’t want to go shouldn’t come. ”

It will be recalled that, Fashola’s government recently created new towns and approved 5 chieftaincy titles in the towns which are located along Lekki-Epe expressway.