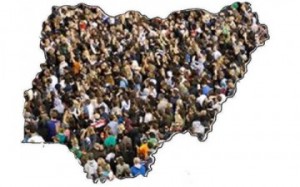 Nigeria’s year-on-year gross domestic product fell to 5.94 percent in the fourth quarter of 2014, from 6.77 percent in the same period a year before. It was also reduced by 0.28 percentage points from the third quarter of 2014. This was attributed to slower growth in the services sector, according to the Nigeria Bureau of Statistics (NBS).

The services sector accounted for 53.48 percent of fourth quarter GDP, expanding by 6.15 percent in the period, dropping 2.23 percent from a similar period in 2013.

Fall in oil prices has affected Nigeria’s currency, as the commodity is the country’s main export. The naira hit a series of record lows against the dollar in the past 90 days despite the efforts of the central bank to defend it. The apex bank has now spent about 20 percent of foreign reserves to defend the naira. This has not stopped it from continuing to fall, forcing the bank to devalue the naira again last week, the second time in three months. This it did by canceling its Retail Dutch Auction System (RDAS) and Wholesale Dutch Auction (WDAS). The government has also cut down its 2015 spending.

The NBS had in January lowered its economic growth forecast for 2015 to 5.54 percent. This was lower by 0.68 percentage points from the 6.22 percent achieved last year.