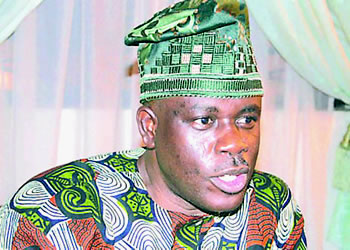 The immediate past Minister of State for Defence, Senator Musiliu Obanikoro, has said northern leaders should take the blame for the emergence of the Boko Haram insurgency in the country.

Obanikoro made this known at the inauguration of a civic centre built by a member of the House of Representatives, Abiodun Akinlade, at the Federal Polytechnic, Ilaro, Yewa South Local Government Area of Ogun State.

According to the former minister, the northern leaders over the years failed to invest in the future of the youth through qualitative education.

Obanikoro said, “We have Boko Haram today because the leaders of that section of the country did not invest in their education.

He said there was relative peace in the South-West because the late sage and the former Premier of the Western Region, Chief Obafemi Awolowo, invested in the education of his people.

While he commended the lawmaker for donating an Information and Communication Technology centre to the polytechnic in the past, Obanikoro noted that it was only knowledge that could liberate the people in any society.

In his remarks, Akinlade said he was committed to the development of his constituency, stressing that the civic centre cost N80m.

“The project started four years ago and cost N80m. Nothing is too much to give in uplifting my people, having earlier built and equipped an ICT centre in the institution, and other locations in my constituency”, he added.

The Rector, Olusegun Aluko, thanked Akinlade for the gesture, saying the management would ensure that the facility would be put to judicious use.