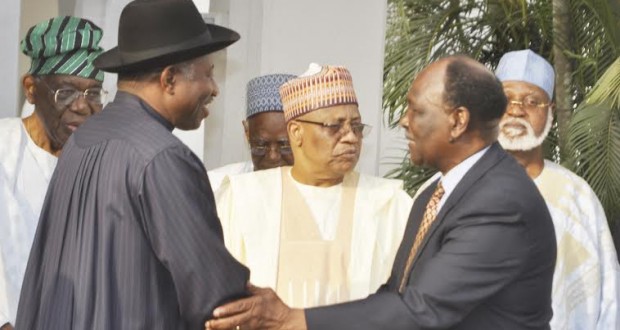 President Goodluck Jonathan on Thursday in Abuja presided over the Council of State meeting, where national issues bordering on the nation’s security and the forthcoming general elections were expected to be deliberated upon.

Other participants are Senate President, David Mark, Speaker of the House of Representatives, Alhaji Aminu Tambuwal, and former Chief Justice of the Federation, Justice Musdafa Belgore.

The Chairman of the Independent National Electoral Commission [INEC], Attahiru Jega, and some of his Commissioners were also seen at the vicinity of the meeting which started around 11.56 a.m.