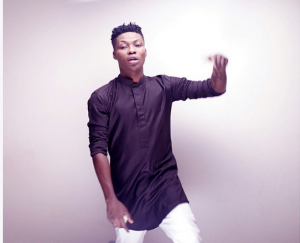 He’s still trying to firmly place his footing in the industry and people are already using his name to scam innocent Nigerians.

The Mavin records artiste has just issued a scam alert online, warning his fans and followers of accounts signed up in his name and requesting details of followers in order to scam them.

The message claims the fast rising music act is running a promo and intends to give out Blackberry phones, Plasma TVs and laptops in appreciation of fans’ support for the Reekado Banks so far.

The budding singer however took to his official Instagram account to deny and dissociate himself from the message by saying: ‘My notice was brought to this, Please it’s not true at all. Please don’t be a victim.’

Reekado Banks, who won the Rookie of the Year award at Headies 2014, is currently promoting his newly released single, ‘Katapot’ produced by Don Jazzy.