The multiple award-winning artiste is asking Justice Chukwujeku Aneke to compel Etisalat to pay him N200 million for using his song, Mosorire in its popular reality series, Nigerian Idol, for two consecutive years without seeking his consent. 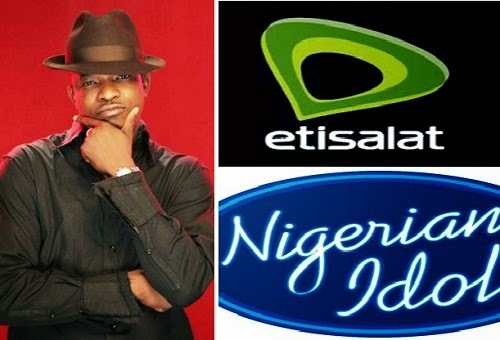 Daily Independent reports that , in the suit marked FHC/CS/581/2014 Optima Media Group was made co-defendant.

Dairo, in the affidavit filed in support of his suit and deposed to by himself, claims that, “I am the copyright owner of the work named and tagged “Mosorire”, contained in my repertoire, exclusively for the jurisdiction of Nigeria and the authority or permission to exploit such work can only be obtained from me.”

“However, the defendants, being an organiser of a television reality show tagged, ‘Nigerian Idol’, caused the use, adaptation and deployment of my said work titled, “Mosorire” on the said show without my consent, and which was broadcast to several millions of television viewers throughout the Federal Republic of Nigeria and the rest of Africa for 2012 and 2013 editions.”

He said the defendants particularly infringed on his copyright when one of the contestants on the show to reproduced and performed his song.

Paul Play claims that as a singer and composer, he was entitled to an annual fee of N100m on the said track, as commensurate with his effort in putting the work together.

He also claimed that having made use of his work without obtaining licence from him, the defendants had caused him loss of income, while “they have made gains and improved on their own brand image.”

The artiste, therefore, sought a declaration of the court “that the act of adaptation, deployment, public performance and exploitation of his musical work titled ‘Mosorire’ by the defendants without the plaintiff’s prior consent, authorisation or permission constitutes an infringement of the plaintiff’s copyright as guaranteed by the Copyright Act, Cap C28, Laws of the Federal Republic of Nigeria, 2004 and sections 6 (6) (b) and 44 of the 1999 Constitution.”

He pleaded with the court to award him the sum of N200 million against the defendants.

However in 2013 Paul Play Dairo dragged MTN and Ultima Limited to court for the unlawful use of his smash song, “Angel of my life” in the popular reality TV show, MTN Project Fame West Africa. –