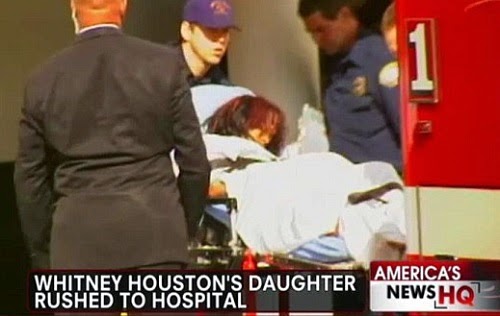 Whitney Houston’s daughter, Bobbi Kristina Brown has been rushed to hospital after she was reportedly found unresponsive in a bathtub at her home.

The 21-year old was reportedly found earlier today by her husband Nick Gordon and a friend, before the police and an ambulance were called in to rush her to the hospital.

It will be recalled that Bobbi’s mother, Whitney Houston was found dead in a similar situation almost three years ago at the Beverly Hills Hilton Hotel.